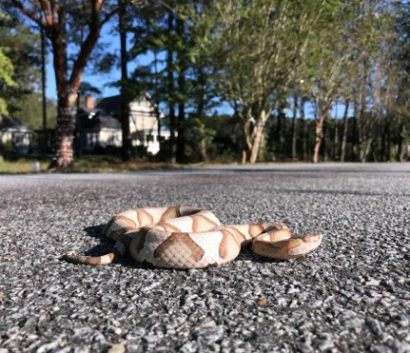 Venomous snakes found in the United States include rattlesnakes, copperheads, cottonmouths/water moccasins, and coral snakes. They can be dangerous to outdoor workers including farmers, foresters, landscapers, groundskeepers, gardeners, painters, roofers, pavers, construction workers, laborers, mechanics, and any other workers who spend time outside.

A venomous bite is called an “envenomation.” Although rare, some workers with a severe envenomation or allergy to snake venom may be at risk of death if bitten. It has been estimated that 7,000–8,000 people per year receive venomous bites in the United States, and about 5 of those people die. The number of deaths would be much higher if people did not seek medical care. Disability and permanent injury (such as the loss of part or all of a finger or the function of it) are much more common, reported to be between 10 and 44 percent in patients with rattlesnake bites.

It is important for employers to train their workers about their risk of exposure to venomous snakes, how they can prevent and protect themselves from snake bites, and what they should do if they are bitten.

There are many species of rattlesnakes in the United States. Rattlesnakes are the largest of the venomous snakes in the United States. They can quickly and accurately strike one-third or more of their body length from any position, whether coiled or stretched out. Rattlesnakes may use their rattles as a warning when they feel threatened, although they do not always rattle before biting. Rattlesnakes may be found sunning themselves near logs, boulders, or open areas. These snakes may be found in most work habitats including the mountains, prairies, deserts, and beaches. Antivenom is recommended for the treatment of signs of progressive envenomation (e.g., worsening of local tissue injury, systemic symptoms). 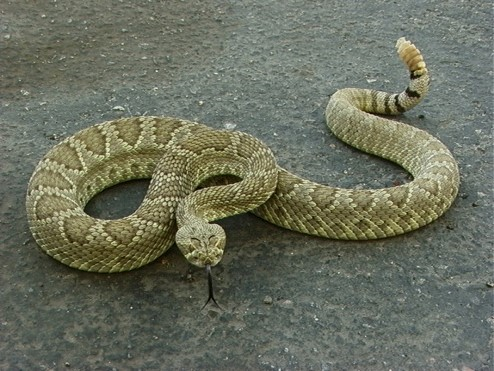 Copperheads vary in color from reddish to golden tan. The colored bands on their body are typically hourglass-shaped. They have a deep facial pit between each eye and their nostril. Most adults are about 18–36 inches long. They are not usually aggressive, but will often freeze when frightened and will strike in defense if threatened, contacted or interacted with. Workers are more likely to be bitten when they unknowingly step on or near a copperhead. Copperheads are often found in forests, rocky areas, swamps, or near sources of water like rivers. Early administration of antivenom results in faster limb recovery and reduced limb disability after copperhead snake envenomation.

Cottonmouth snakes average 50–55 inches long. The adult snake’s skin is dark tan, brown, or nearly black, with vague black or dark brown cross-bands. Juveniles have a bold cross-banded pattern of brown or orange with a yellow tail. Cottonmouths are frequently found in or around water. 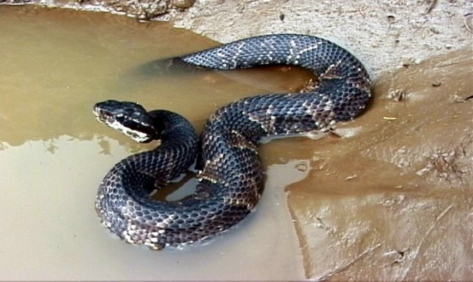 These snakes are sometimes confused with nonvenomous king snakes, which have similar colored bands although in a different arrangement. Coral snakes tend to hide in leaf piles or burrow into the ground. 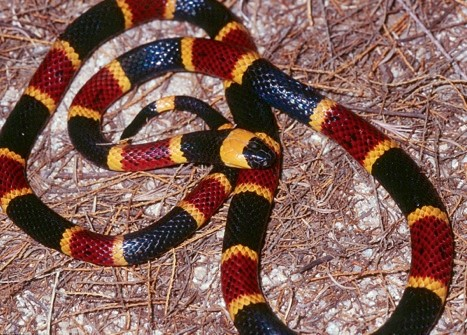 Employers should protect their workers from venomous snake bites by training them about:

Workers should take the following steps to prevent a snake bite:

Signs or symptoms associated with a snake bite may vary depending on the type of snake, but may include:

Workers should take the following steps if they are bitten by a snake:

Do NOT do any of the following:

This article and photos are courtesy of The National Institute of Occupational Safety and Health (NIOSH) and the Centers for Disease Control and Prevention (CDC). You may view other health-related topics by visiting www.cdc.gov/niosh/topics.