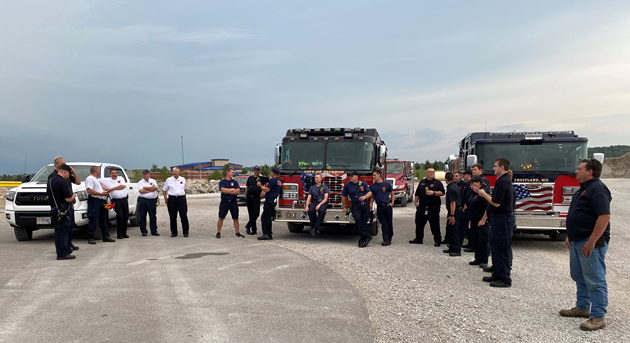 Around 6 p.m. on the evening of August 23, multiple fire trucks pulled through the gate at our Heartland Materials Quarry in Jackson, Missouri!

No, there wasn’t a fire. Or, a rescue. In fact, the firefighters weren’t involved in any emergency response at all. They were being proactive by visiting our limestone quarry, located at 1965 County Road 601 in Jackson, in preparation for any emergency. 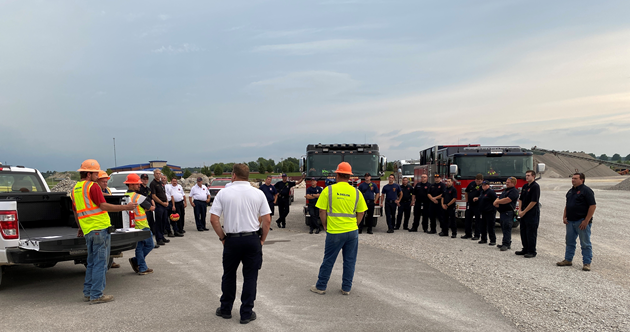 What are “confined spaces”?

According to the Occupational Safety and Health Administration (OSHA), “many workplaces contain areas that are considered “confined spaces” because while they are not necessarily designed for people, they are large enough for workers to enter and perform certain jobs. A confined space also has limited or restricted means for entry or exit and is not designed for continuous occupancy. Confined spaces include, but are not limited to, tanks, vessels, silos, storage bins, hoppers, vaults, pits, manholes, tunnels, equipment housings, ductwork, pipelines, etc.”

The group was able to see first-hand the quarry pit with its highwalls, the primary crusher, secondary processing plant, and finish product stockpile area. Aggregate Operator Paul Hudson provided insight into the operations of the quarry and crew during the visit. He has a vested interest in the safety of his co-workers and anyone on site. In 2018, Paul was recognized as a “Safety Guardian” by the Delta Companies. (View the blog post by clicking here.) 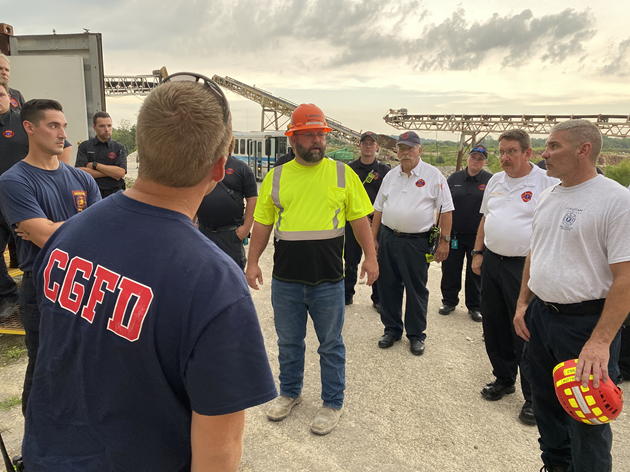 There were twenty-one firefighters and first responders in attendance. A partial list is below.

Fire Chief Francis contacted us earlier in the year and expressed an interest in touring the quarry. After doing so, he thought it would be a good training opportunity for the rest of his team. He subsequently invited his comrades from Jackson and Cape Girardeau to participate. 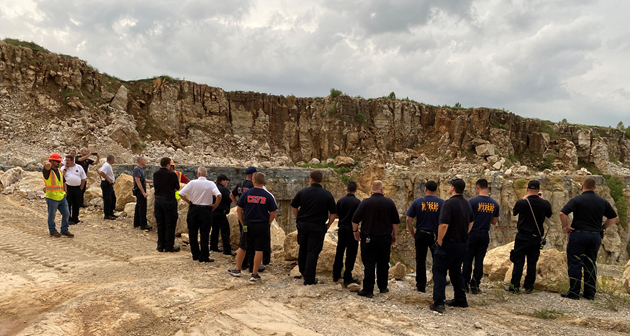 As a follow up to this visit, Fire Chief Francis had this to say: “The tour was very informative and helpful. We all appreciate the opportunity to see how the operation is set up and possible hazard areas that may require assistance.”

You may learn more by visiting:

Cape Girardeau Fire Department: https://www.cityofcapegirardeau.org/departments/fire
Jackson Fire Rescue: http://www.jacksonfire.org/
Fruitland Area Fire Protection District: https://www.facebook.com/Fruitland-Area-Fire-Protection-District-293632840834664/
The Delta Companies Inc. wishes to say THANKS to these brave men and women who put themselves in harm’s way to protect the rest of us!