Stress, early morning hours, and late nights for construction employees are taking a toll on our industry.

The industry’s male-dominated “tough guy” culture likely plays a role in the high rate of suicide, as employees don’t feel comfortable talking to their coworkers or managers about mental health issues. Other risk factors specific to the construction industry include:

How big is the suicide problem overall?

Suicide in Missouri is alarming

Some warning signs may help you determine if a loved one is at risk for suicide, especially if the behavior is new, has increased, or seems related to a painful event, loss, or change. If you or someone you know exhibits any of these, seek help by calling the Lifeline.

Suicide is not inevitable for anyone. By starting the conversation, providing support, and directing help to those who need it, we can prevent suicides and save lives.

This is National Suicide Awareness Week and September is the nationally designated month for suicide prevention. The first step to address this problem is to begin to talk about the issue.

The Center for Worker Protection from Washington University has developed 5 safety toolbox talks for jobsite presentations during National Suicide Awareness Week (or anytime, for that matter). These are included in the attachments below.

Evidence shows that providing support services, talking about suicide, reducing access to means of self-harm, and following up with loved ones are just some of the actions we can all take to help others.

The National Suicide Prevention Lifeline is a national network of local crisis centers that provides free and confidential emotional support to people in suicidal crisis or emotional distress 24 hours a day, 7 days a week. It is committed to improving crisis services and advancing suicide prevention by empowering individuals, advancing professional best practices, and building awareness. 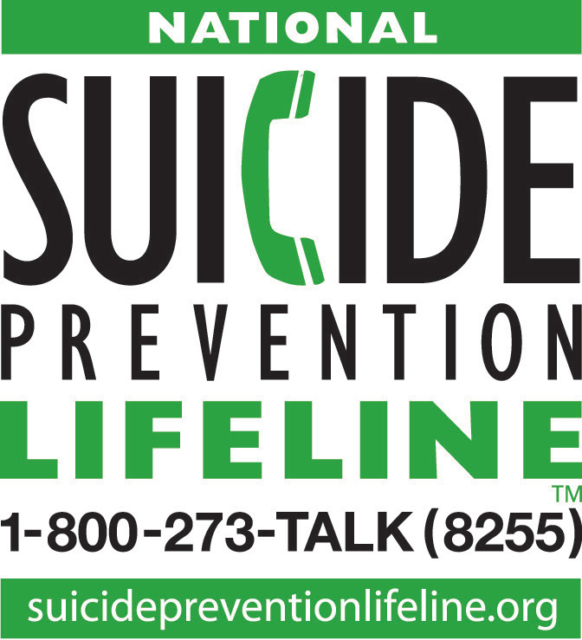 You can learn more about suicide prevention by contacting Matt Cowell, the Vice-President of Safety for the AGC of Missouri (), visiting www.SuicidePreventionLifeline.org, and numerous other websites. You can also gain insight, information, and help by searching #YouAreNotAlone and #BeThe1To on most social media sites. 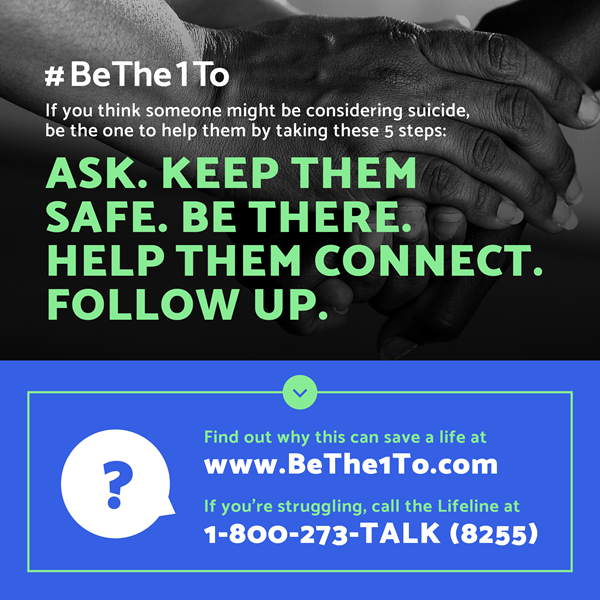 Remember, suicide is a permanent solution to a temporary problem.

Somebody depends on you!

(We appreciate the AGC of Missouri and The Suicide Prevention Lifeline for providing this important information.)