Blog › Safer Roads for Every Arkansan 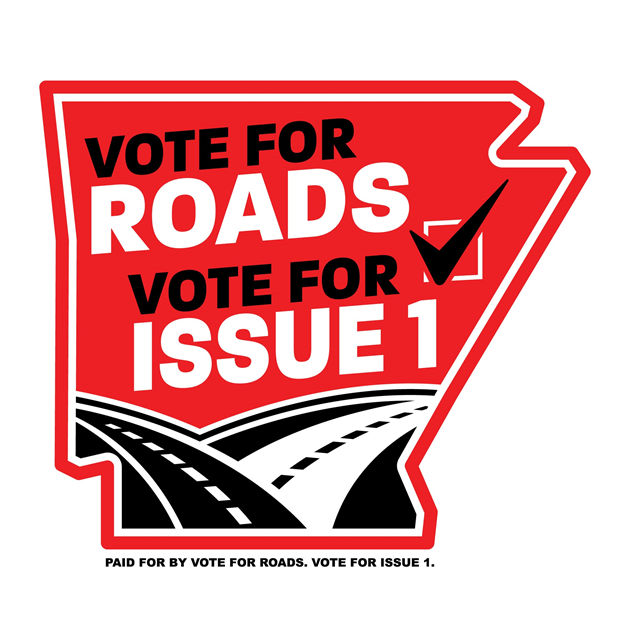 Safer Roads for Every Arkansan

A safe, efficient, and reliable transportation infrastructure is necessary for people to travel back and forth to work, to the grocery, to school, to church, and to the hospital or doctor’s office. It’s also necessary to move produce and livestock from farms to market.

Voting YES on Issue 1 will ensure Arkansans will continue to preserve these vital roads — with no additional taxes.

In 2012, Arkansans voted in favor of establishing a one-half percent (0.5%) sales and use tax dedicated to fund the state’s highways, county roads, city streets, and bridges. This critical funding is set to expire in 2023.

Issue 1 is a legislatively referred constitutional amendment created by House Joint Resolution 1018 of the 2019 Arkansas General Assembly. Issue 1 will appear on the November 3, 2020 General Election ballot. The intent of Issue 1 is to continue this needed revenue stream to provide dedicated funding for Arkansas’ roads and bridges.

The total revenue generated for Arkansas roads due to Issue 1 is estimated to be $300 million per year. Of this, $205 million will go to the Arkansas Department of Transportation (ArDOT) and the remaining $95 million will be split between cities and counties throughout Arkansas. 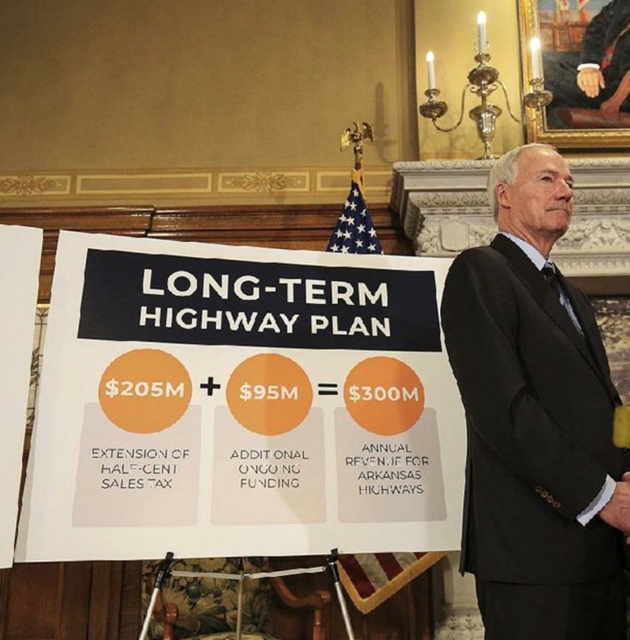 2020 Arkansas Transportation Sales Tax Continuation Ballot Question – Issue 1 will ask voters to continue the one-half percent sales and use tax. The ballot title for this amendment is as follows:

“Amendment To The Arkansas Constitution To Continue A Levy Of A One-Half Percent Sales And Use Tax For State Highways And Bridges; County Roads, Bridges, And Other Surface Transportation; And City Streets, Bridges, And Other Surface Transportation After The Retirement Of The Bonds Authorized In Arkansas Constitution, Amendment 91, As Special Revenue To Be Distributed Under The Arkansas Highway Revenue Distribution Law.”

At a news conference last November, Arkansas Governor Asa Hutchinson officially kicked off the “Vote for Roads. Vote for Issue 1.” campaign to continue funding for Arkansas highways, roads, and bridges at no additional cost to taxpayers.

“A vote for Issue 1 means better roads, a stronger economy, and a safer Arkansas—without raising taxes,” said Governor Hutchinson. “It will benefit every resident and every small business that calls Arkansas home, and I am delighted to lead this effort.”

When voters approve to extend the tax permanently, 76% of the money will go to system preservation and 24% will go towards capital and congestion relief. Under the governor’s plan, ArDOT could improve 7,300 of the 7,900 miles of Arkansas highways carrying 90% of statewide daily traffic. The program would create approximately 3,900 jobs annually and generate $8 billion in economic activity, Hutchinson said.

A YES vote for Issue 1 supports the continuation of this dedicated funding source for Arkansas roads.

To learn more about the “Vote for Roads. Vote for Issue 1.” campaign, visit www.VoteForRoads.com.