Blog › Muddy River Marathon Is Off and Running 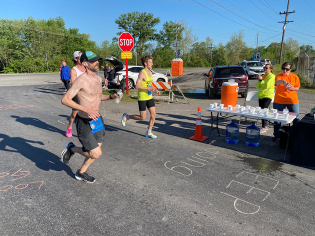 Muddy River Marathon Is Off and Running

The Delta Companies Inc. SEMO Quarry had a front-row seat for the first marathon run in Cape Girardeau in nearly 40 years. More than 800 runners took advantage of a beautiful May 1st morning to participate in the Muddy River Marathon. 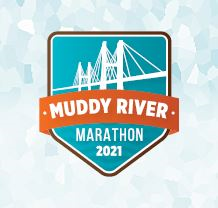 Of course, we couldn’t let them pass us by, especially as an Aid Station was planned right there. Five Delta employees who had never even seen, much less run in a marathon, signed up to host the station at the 13-mile mark. Sharon Johnson, Micki Horrell, Brian Bowles, Ryan Fornkohl, and Don Rosenbarger were at the site from about 7:00 am until 10:00 am to offer refreshments and encouragement to the runners. 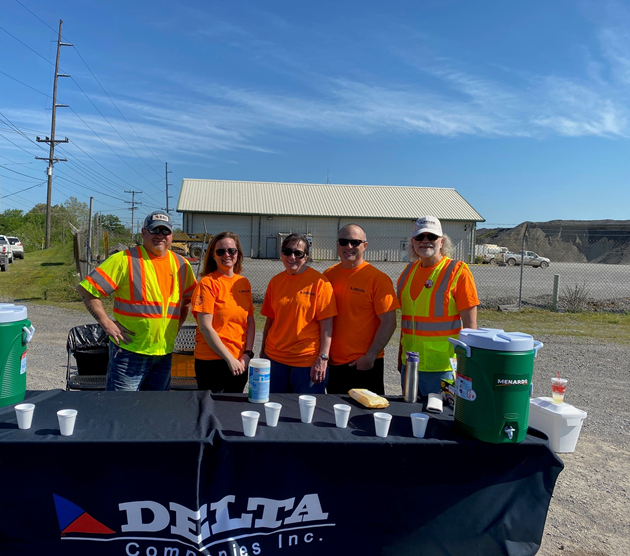 Besides the SEMO Quarry, other fascinating sites greeted the runners along the marathon (26.2 miles) or half-marathon (13.1 miles) routes including the Bill Emerson Bridge, Common Pleas Courthouse, Dalhousie Golf Course, Old St. Vincent’s Church and more, as well as finishing along the Missouri Wall of Fame Mural. 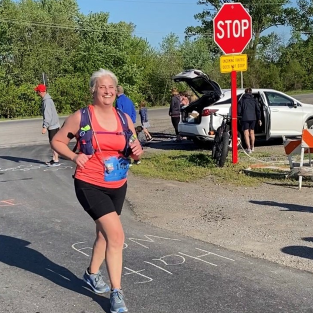 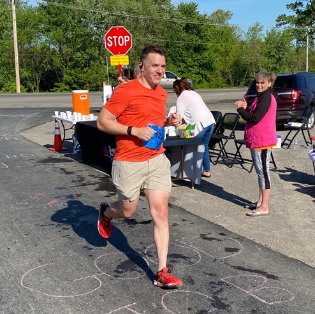 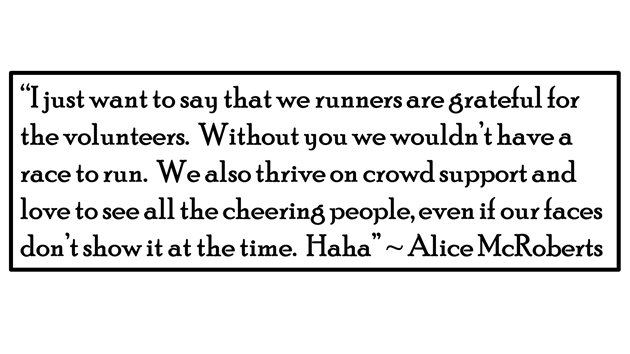 Because the marathon route is a USA Track & Field (USATF)-certified 26.2-mile course and a Boston Marathon qualifier race, runners weren’t just drawn from the local area. We spoke with race fans from Warsaw, Indiana (7 hours away) and Mobile, Alabama (8 hours away). There was even a group of runners from Taylor University that were completing a “how to run a marathon” class. 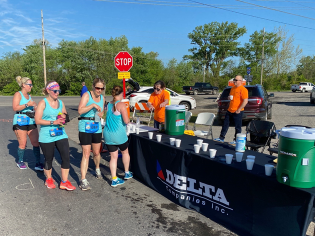 Our group was well-armed with two boxes of chalk used to write inspiring words on the pavement for the runners. We encouraged the friends and families of the runners to write a message to their favorite runner. We saw “good luck”, “keep going”, and “you got this” addressed to Daniel, Cara, Tim, Jan, Mom, Dad, and many others. 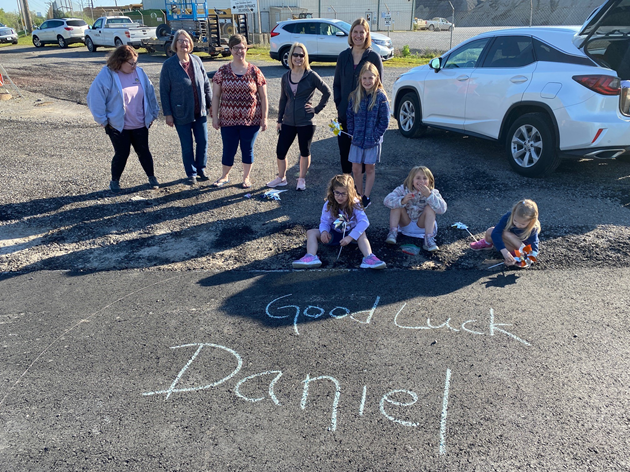 The Co-Directors of the Muddy River Marathon are Bryan Kelpe and Brandon Hahs. One is a runner, the other is a marketer. Bryan – the runner – is the owner of Missouri Running Co. (www.moruncape.com). Brandon – the marketer (shown below) – is the Director of Sales for Courtyard Cape Girardeau Downtown (www.courtyard.com/cgicy). The two first dreamed the idea for the race in June 2020, made the decision to go for it in August 2020, and began promoting the race in January 2021. They are already making plans for next year’s Muddy River Marathon and related events. 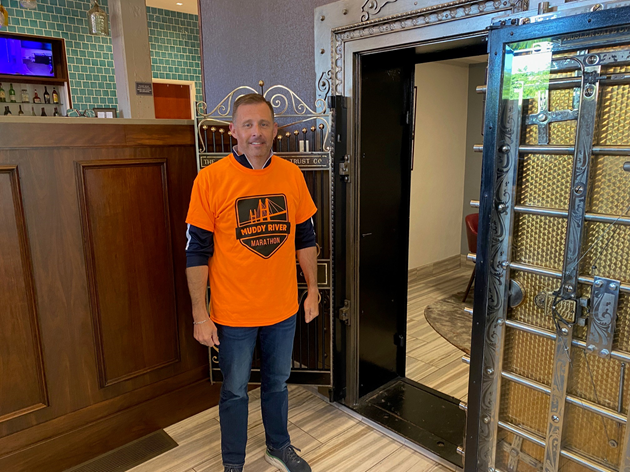