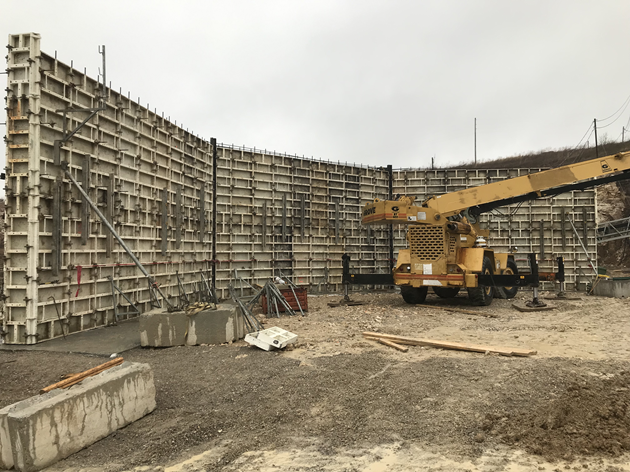 There is an adage regarding process improvement – find the chokepoint, eliminate it, and then find the next one.

That is exactly the recipe our aggregates team has been following at the Heartland Materials Quarry, a limestone quarry purchased in October 2017. The Quarry is in Jackson, Missouri, just north of Cape Girardeau.

In 2019, two projects were completed to eliminate “chokepoints.”

The first project was to improve efficiency at the Primary Crusher. Previously, haul trucks would move raw material from the quarry floor and dump it near the primary crusher. Then, a large loader would fill the hopper of the crusher with material. This required a man and machine full time.

The project involved installing a large “rock box” or hopper to allow haul trucks to dump directly into the crusher, thus eliminating the need for the loader to charge the hopper. Quotes were solicited from vendors for the labor and materials to install the hopper and required retaining wall. After evaluating the quotes and a further review of the project itself, the aggregates team decided they, with some help, could self-perform much of the labor work and reuse existing assets.

The crew at our Southern Illinois Stone (SIS) Quarry in Goreville, Illinois dismantled and loaded an old hopper and structure for reuse.  Chad Phillips, Construction Supervisor with our Illinois operations, added his carpentry and formwork experience to the crew at the Quarry to construct the 19’ high by 90’ long concrete retaining wall. Project Engineer Drew Hoover performed the design and layout activities, while a local engineering firm verified the retaining wall design. A third-party vendor performed all the electrical upgrades necessary for this project, which was started in March and completed in May. 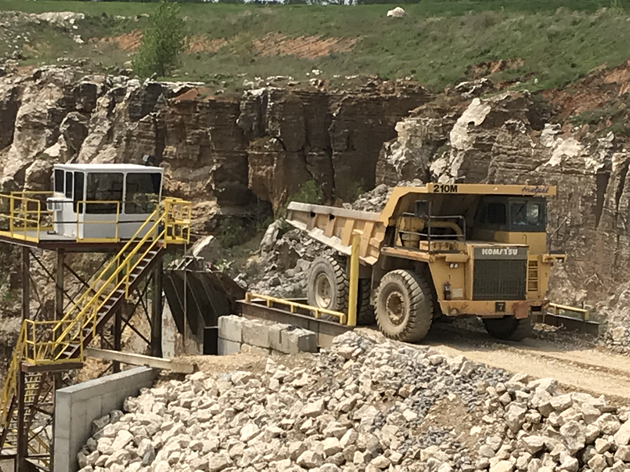 The next chokepoint led to the second project, the transfer of material from the Primary Crusher to the Agricultural Lime (aglime) Processing Plant. Previously, the conveyor from the primary crusher would discharge material directly on the ground near the feed hopper to the aglime plant. Then, a loader would feed material into the hopper.

This project involved installing a Surge Pile, which first required a Surge Tunnel with Feeders. The surge pile will allow the primary crusher and aglime plant to operate independently from one another, allowing each to perform at the highest efficiency possible.  The surge tunnel was provided by Contech Engineered Solutions; however, all the labor was once again provided by our crews. The corrugated steel tunnel is 11 feet in diameter and 110 feet in length. Two new feeders were installed to dump material onto a 36” wide conveyor (reused from our SEMO Quarry) to feed the existing aglime plant. The crew also installed a 48” diameter by 100-foot-long escape tunnel. The project, started in July, went into production in mid-September, thus eliminating another large loader at the site. 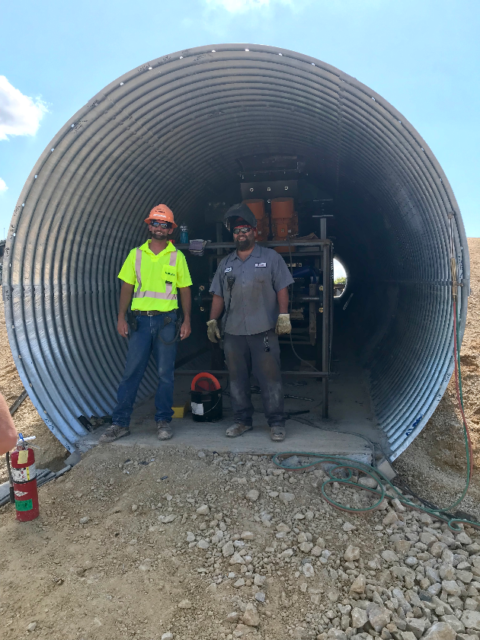 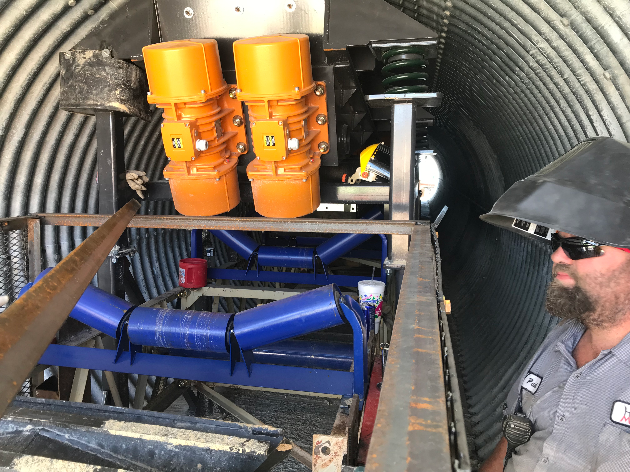